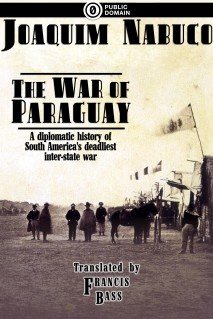 On 17 August the Battle of Yatay was fought. Receiving news that Duarte’s column, which operated on the right side of the Uruguay (3,220 Paraguayans against 8,500 allies, of which 1,450 were Brazilian) had been completely destroyed, Estigarribia tried to pull back by way of the Itaquy road, but with Canavarro’s division having closed the pass he did not dare to attack it. That very day (19 August) Flores, who was still in Correntino territory, made the first offer of capitulation to him, which, although honorable, was rejected. From the 25th on, with Flores’s and Pauneros’s troops, as well as Tamandaré’s fleet, having arrived, the siege begins to tighten in the presence of Porto-Alegre, who takes command of the Brazilian army.

On 2 September the allied generals renew their proposition offering Estigarribia free escape for him and his officers with all the honors of war and liberty to go wherever they want, and on the 5th Estigarribia responds in the manner of Leonidas at Thermopylae: “All the better; the smoke of the artillery will give us shade.” The motives for this second proposition were that the allies wanted to avoid destroying Uruguaiana by bombardment, not to mention the fear that Estigarribia could be aided by the Paraguayan army if the siege was prolonged. The forces at our disposal were still not enough for an assault on the enemy trenches. A little while later (10 September) Ferraz and General Mitre (with whom Tamandaré, having gone to Concórdia in search of more infantry, returned) arrive, as does the emperor the following day. The situation of the besieged was desperate: they could not expect aid from Paraguay; they lacked provisions, were beginning to suffer hunger, and were under the fire, from land and from ships, of 54 cannons.

The military forces brought together by the three nations, that allied army which the emperor of Brazil looked over, must have seemed even greater than it really was in the eyes of those 5,000 some men, wearied, poorly equipped, starved, besieged, and in an unfamiliar country, the final remains of the army of Itapúa and Candelaria. And even the compensation of making the ultimate sacrifice, the only thing to which they could aspire, depended on the generosity of the enemy, since the enemy could reduce the intensity of their attacks, and defeat them through starvation.

On the 12th, with the arrival of new reinforcements, Porto-Alegre “taking the initiative to assume his command,” says Ferraz, “in accordance with a letter I sent him,” convenes the other allied generals in a meeting to discuss the way to defeat the Paraguayan garrison; the reunion took place and during it the independence of the commander in chief of our troops was declared, reclaimed by Porto-Alegre, at the same time that General Mitre received the task of writing the plan agreed on in the conference. Mitre has the tactfulness to entrust Porto-Alegre with directing the attack, deciding that this assault would take place on the 18th. With the army taking positions, Porto-Alegre demands that Estigarribia surrender in the name of the emperor and the allied leaders, giving him two hours’ time limit: “I will not accept any proposal from Y.E. that is not one of unconditional surrender, given that Y.E. has rejected the honorable offers that were previously made to you by the allied forces.”

The Paraguayans let the enemy approach further and further; the inaction, the apathy that was visible in the rank and file, were indications of their lack of desire to fight. Estigarribia’s response, indeed, did not take long to arrive. He offered surrender on the terms of the proposal the allies made on 2 September, but insisting, now getting away from that proposal, on the right of his officers to choose Paraguay as their residence, and requesting that the eastern officers that served in the Paraguayan army become the empire’s prisoners of war. Ferraz himself carried the allies’ response to the enemy. Estigarribia and his officers would not leave with weapons nor could they reside in Paraguayan territory. With these conditions the stronghold was surrendered. At the time of surrender only Estigarribia and his easterners seemed to trust Brazil’s generosity. On that same day the disarmed Paraguayan forces marched before the allied soldiers. The campaign of Misiones (10 June to 18 September), which had cost the allies 605 men between dead and injured, ended with the total loss of the 12,000-man army formed by López in Itapúa. The surrender of Uruguaiana was not, certainly, a great military achievement: Estigarribia’s column was too week to resist the forces whose concentration around that fortress López did not know to avoid. It will remain, however, as an example of humanity in the war. That 17,300 men, animated by every possible excitement, and with powerful artillery, could defeat 5,500 besieged troops, the remains of an army, sequestered in enemy territory and with all their communications cut, is not a military operation that could further the glory of any general; but to treat such a severely shrunken garrison with the generosity with which Estigarribia’s army was treated in Uruguaiana is an honorable act for the South American civilization.

The one thing a person could criticize in this case is that such men were unworthy of mercy for their Vandalic conduct and the attacks they committed; but if Brazil formulated this accusation against the enemy to justify giving them no quarter, perhaps the world would deny Brazil the right to carry out such justice against the adversary after having defeated them through starvation.

The actions of which the Paraguayans are accused find themselves disapproved of in the modern rules of war; but this does not mean that the allied generals should not have accepted, on the agreed upon terms, the capitulation of the besieged, without the honor of war, and knowing full well that just by the act of capitulation, the Paraguayan officers would incur in their country the penalty of degradation and death.